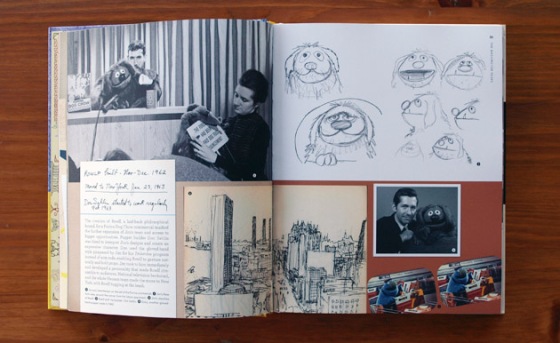 I came late to the Sesame Street party. Sesame Street premiered in 1969. By then I was already aware of letters, numbers, but I think the real reason I didn’t watch Sesame Street was because we did not have access to public television where I grew up. When Sam was born, however, I went there. I got to Sesame Street and I loved it there. Who wouldn’t? It was friendly and fun and there were good songs and silliness and all sorts of cool people who would show up. Not many parents would deny that a benefit of becoming a parent is getting to share in the joy of Sesame Street.

I just finished reading/looking at iMAGiNATiON ILLUSTRATED: The Jim Henson Journal. This is in that category of books that I find irresistible. Jim Henson’s journal was not a diary of thoughts and feelings. Starting in 1954, Jim would take his yearly appointment book and transcribe into his journal the highlights. He noted what puppets he was building. He logged commercials he was working on, people he met, his marriage, the birth of his children, their birthday parties, vacations, each car he bought. With this chronology, Karen Falk built a book of words and images that captures what a wonder this man was.

Sam and Friends led Jim and his expanding group of puppeteers to gigs on the Ed Sullivan Show and The Tonight Show. And then came Sesame Street. As huge of a following this little program was getting, Jim didn’t only want be a part of children’s entertainment. He continued to work on other projects that would expand his fan base and admirers considerably.

He made a documentary about the youth experience in 1968.

He made some interesting experimental television productions.

In 1975 when Saturday Night Live debuted, his The Land of Gorch characters brought Henson to the young and hip.

From 1976 until 1981 The Muppet Show entertained. I remember many an evening at 1 Jackson Place in Schenectady gathering around the television to watch. For college kids, this was a schedule we could keep.

It really is never-ending what this man did in the time that he was given. And he just seemed to be so joyful. The last photograph in the book is a picture of Jim and Kermit where they both have huge smiles on their faces. The happiness in that picture really touched me, but when I went to see if I could find that particular image, I noticed that almost every photo of Jim Henson showed that same joy. 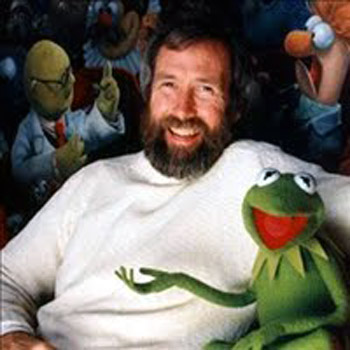