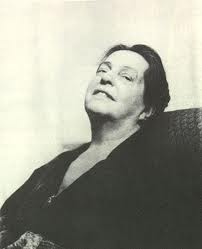 “That’s what I want to do!  Not just tinker at a lot of worn-out bodies but make a new world! … I’m going to get a real job – public health.”

In honor of Women’s History Month, I am going to tell you about a woman I got to know very well as I completed my Masters’ program. Towards the end of my program, I signed up for an independent course on public health history. I can’t remember why, but I decided to study and write about the formation of settlement houses in New York City. I particularly focused on a woman named Lillian Wald. Lillian was the mover and shaker of the movement, and I adored her! When it came time for me to pick my thesis topic, I used Lillian and her story as a springboard for my analysis of the public health nurse trajectory over time.

What is fascinating about people like Lillian Wald, is that it would have been so much easier for her to not do what she ended up doing. I think of the things I struggle with today to get what I want. For the most part, they really are pretty trivial. Who knows what I would or would not have committed to if things were really challenging, or if there wasn’t some prototype to follow?

For Lillian, there was little to guide her or pull her along. She was born a girl in 1867. That says something right there. Opportunities for her were limited from the get go. She did have the benefit of being born into an upper middle class family that was somewhat progressive. Other than that, her opportunities were few.

After being rejected at colleges when she was 16 because she was too young, Lillian traveled before enrolling in the New York Hospital’s School of Nursing. She loved medicine, and after she graduated, she decided to go to medical school. But, then she began to work in the city orphanages. She began to see the lives of the children and families around her. The experience moved her to do more than briefly touch the clients that she served. She dropped her plans to be a doctor. She moved to the Lower East Side of New York City. There, she was a part of the community that she knew needed care and was not getting it. She became what she called a Public Health Nurse.

By the time she was 27 years old, Lillian Wald opened the Henry Street Settlement. At the house, Lillian and her partner, Mary Brewster, organized a growing team of nurses that went to the surrounding tenements to teach and care for the residents. Wald’s philosophy was embedded in the power of preventative care. Providentially, she was also a genius at fund-raising. Soon after its founding, her mission began to be supported by large and small contributors across the country.

When Lillian died in 1940 at the age of 73, her list of achievements was stunning. She had initiated the school nurse program in New York City Schools. She was instrumental in the women’s suffrage movement, the action plan during the influenza epidemic, securing women’s financial benefits after divorce, birth control freedom, workplace safety, women and children’s labor laws, and the peace movement. Most all of what she did formed what would become an integral part of our current healthcare system – community healthcare.

When we celebrate women during March, I now start with this true hero. The books that Lillian wrote to tell her own story are still available. If you want to know more, I would highly recommend picking one up.